Save These Filter Settings

All of the filters are bookmarkable too, so you can also bookmark any page and the filter settings will be kept when you return to the bookmark

What a Friend We Have in Jesus: Poems of Devotion edited by Kaye Hicks by Mary Jane Smidutz

This collection was written by Mary Jane Smidutz over several years after her coming to know the Power and Grace of God's Love in Jesus Christ. Many were published in church newsletters prior to being compiled by her family into a chapbook for her 80th birthday. Here, her daughter Kaye Hic...

The Maid From Moab: A Novella (Forgotten Tales Book 1) by Summer Lee

Thousands of years ago, Elimelech, his wife, Naomi, and their two sons flee Bethlehem’s famine when they move to Moab. When Elimelech dies, Naomi encourages her sons to marry local women. Unexpectedly, her sons die, too. Now, Naomi and her childless daughters-in-law must fend for themsel...

The Pastime Machine: A Literary Turducken by Lester Smith

After inventing a trans-dimensional vessel, a Traveler embarks on an epic journey to Hell and back, then sets his sights upon attaining Heaven. Along the way he stumbles through a number of other mythologies and is changed beyond his imagining—while inadvertently opening a route for corp...

The books in this epic saga can be read as stand-alone stories, or you can experience all the love, thrills and exploits of the whole series from beginning to end. It's up to you. ENJOY!A Wonderful Crossover of the Dragon Guard and Ladies of the Sky series.All the planning in the world can...

It was only supposed to be one night.Independence Capri is a businesswoman first, but her father's daughter second. Her co-workers see her as just the boss's daughter, so she works extra hard scouting locations and figuring out new ways to market Outdoor Bound, her father's real baby. It's...

Perfection is a Barbie doll, and, unless you're looking for a guy with a fake smile, a hard head, and no genitalia, then you're better off NOT being perfect―Single ChicasSingle Chicas is a collection of stories about modern Latinas being in, out, and around the zany hurdles of relationsh...

In a hilarious case of mistaken identity, a hitchhiking cowboy and the motormouth city slicker that picks him up accidentally get shot into outer space to take back Earth's super secret defense ship, the LUCAS from alien invaders. These fish ain't just out of water, they're up in space an...

The Billionaire's Secret Pregnant Lover 1: Seduced by the CEO by Danielle Jamesen

Everything is going right in Mel Vaughn’s life. Her boyfriend, Kyle, has proposed, she’s graduating from college with honors, and she’s got a plan for her future. It couldn’t be more perfect.

Then things start to go wrong, one right after the other. Mel catches her...

A beginners guide to starting there children out into the world of acting and modelling. Photograph and agency tips along with places to avoid! Photographs donated by a child model mum. To arrange for a sitting with the photographer please be aware they are West Sussex based and you w...

Pig is a fun loving pig who loves to dance. However Pig does get angry quickly. How will Pig react when Cat stands on Pig's foot by accident when dancing?Pig is designed and tailored for first-time readers who are taking their very first steps into reading. Pig uses short simple sentences ... 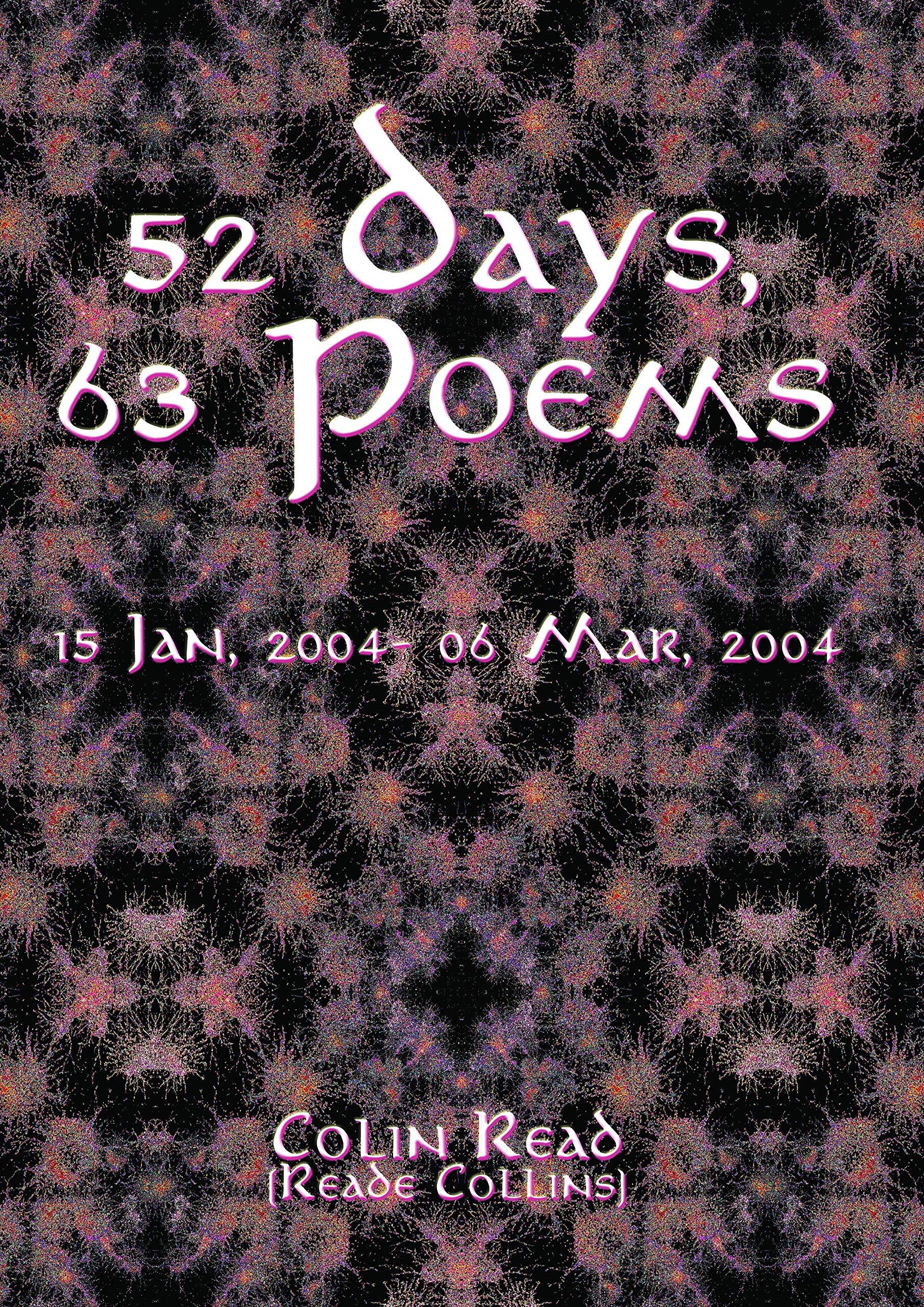 A collection of poems exploring a variety of intertwined themes ranging from the metaphysical and mystical to the banal and everyday.Each poem is presented as a scan of its handwritten original - "warts and all" - with its final, edited, typed version.Included are selected polaroid photogr...

It actually happened. Hard to believe that two teenagers and a special child, torn from their comfortable and insulated Jewish community in wartime Romania, were taken in by Gypsies camped in the forest. How could they find their places among the flamboyant people, whose lifestyle and ways...

POEMS: Points Of Expressions Manifested Socially by M. A. Malloy

This book, "Point Of Expressions Manifested Sociably (socially) can be the 'reality' of what many people face, embrace or is challenged with regularly." With a wide range, of open minded explosiveness... expressively written. In addition to the creativity within the mind of a writer, this ...

Paradigm for the Abyssal Mind by Andrew Goldstein

Basketball Prodigy: The Journey To The NBA by Terrence Richardson

This is the journey of a 13 year old teen named Prodigy who recently just moved to a small city due to the fact that his father serves in the military. Shortly after the family moved to a new Air Force base—the father gets into a motorcycle acciden...

Travels Through My Mind (Secrets Book 2) by Leanne Wood

Every family has a secret, hidden just beneath the surface.
Coming to terms with the circumstances surrounding her mother’s, death nothing could possibly prepare Claire for what lies ahead. The discovery of hidden letters is just the tip of the iceberg. A meeting with solicitor Fre...

The Anti-Claus: A Christmas Story by Russell Morin

This story is for anyone who ever wondered why naughty children receive Christmas presents from Santa.

It is the tale of a 10-year old boy, Jack, and his accidental visit to the South Pole. There, he discovers the Atnas Toy Corporation, the largest and most secretive toy comp...

Under the title Acceptable Risk, The Fifth Phial was short-listed as one of the best new Australian novels in the HarperCollins Fiction Prize. This fast-paced thriller, with its deceitful twists, turns and perplexity take readers on an exhilarating journey from Atlanta Georgia, Nairobi Ken...

Is your child a FUSSY EATER? Is your toddler very picky when it comes to food?
The Fussy Gussy trilogy is for YOU AND YOUR CHILD!
*FREE GIFT INSIDE*
KINDLE UNLIMITED & AMAZON PRIME can read this book for FREE!

Augustine is a fussy eater. He is so fussy about ...

My Good Lady by Gary Mill

'My Good Lady' is the fifth novel from Gary Mill, an Amazon Kindle chart-topping writer. It is the dramatised account of a true story.
It is 1914. The staid, morally righteous and male-dominated Victorian era has given way to a potentially more liberal Edwardian period. However, wome...

The Battle For Easter by Lillian Duncan

Have you ever wondered what happened during those three long days between Jesus’s crucifixion on the cross and His resurrection, the first Easter?

When he closed his eyes as a mortal man for the last time here on earth, were the angels waiting to minist...

Everything Ends by T.W.M. Ashford

Vincent thought his friendship with Lily would last forever. But when she passes away and he's flung into a coma in the midst of his grief, he needs to find a way to climb back out… before the darkness takes over completely.

A short Dark Fantasy novel, Everything Ends is a l...

Cloning the Devil: The Guilt of Mediocrity by Jok U. Lair

Jok U. Lair's topic is fascism, its hotbeds, and its implications, including criminality and moral hazard. In his family saga, the author identifies the German Gemütlichkeit (coziness) as one of the cauldrons of Hitlerism and modern times' emergence of neo-fascism. He acquaints us with pr...

Diaries of the Heart: Laced with Joy & Pain by Patti Doss

Diaries of the Heart: Laced with Joy and Pain is a collection of short stories that I wrote for a few anthologies. Although, several of these stories have been previously printed; the goal is to combine them all into one book. The themes of the stories may be similar the message, however, ...

The Djinni: What you wish isn't always what you get... (Night Terrors Book 1) by Dimitrios Spyridon Chytiris

Careful what you wish for…Ken is an average student and a socially awkward teenager, who is often the victim of pranks by the school bullies. The only thing that helps him escape his tedious life is his love for mobile games, so he spends hours and hours on his phone playing. Until one d...

Second Breakfast Land is a land where people love nutrition and fitness. They are protected by the Kings, The Enforcer, the two Protectors, and a loyal army. The citizens love second breakfast; it is a cherished meal eaten at 10A.M. daily. A red beast-like creature named Sugon looks to des...

Vic/Tim: When Vickie meets Tim, who is the spider and who is the fly? by Mike Sims

Each book in the series stands alone as Vic/Tim which is #4 in the series timeline, actually was the first book written. When it was written people asked how Vickie got her start so the series began. Vickie in this book is in the prime of her life and is assaulted by a man named Tim hence ...